Not for Wimps and Quitters

Kids today want to be superheroes. Teenagers want to be sports stars, pop stars and actors and almost 70% of all millennials want to be successful entrepreneurs according to a Deloitte survey. What do all these things have in common? They are either impossible or improbable and of course take an unexpected amount of work, effort, energy and luck. However, Entrepreneurship is something that you can actually decide to do, but being successful at it?....ahhh, not so much.  Success takes Blunt Force Entrepreneurship.

Is entrepreneurial Success a Game?

Take away the emotion for a moment and picture entrepreneurship as a game. There are winners and losers. Unfortunately, this game is real and what isn't well known over all the noise of, “hey, did you hear so and so sold their company for millions,” is how many people quit before they made their first dollar. How many people failed. How many people gave up when they started running into obstacles. These people missed the whole point of the game before the game even started. It’s a game of attrition with both competitors and more importantly, yourself. Work hard, grind through, push hard, wonder and innovate, grind a lot more, push a lot more, fail, keep pushing, keep grinding and win a little...keep going and win a lot more.

Change the thought process in your mind


When Commitment Becomes More Than A Word

You’ve now committed to applying blunt force to obstacles, but most people aren’t up for the mental, emotional and nonstop commitment that it takes. It’s a commitment to constantly attack and also applying blunt force to all those attacks. In the early days you don’t get a day off, you don’t get to take it easy and you don’t see the financial rewards. Also, while your friends are enjoying their weekends and their paychecks, you are getting hit with one issue after another that needs to be beat into submission. This is Blunt Force Entrepreneurship!

Here’s the good news. If you literally surrender to this thinking, you can change your thought process no matter how young, old, inexperienced or jaded you are. In the beginning, you may be thinking big house, Ferrari in the driveway, a bit of jet setting or just plain retiring. You may get all of that, or not, however by training your brain to form necessary blunt force habits you have a shot.  Here they are and print these out and put them on the wall: 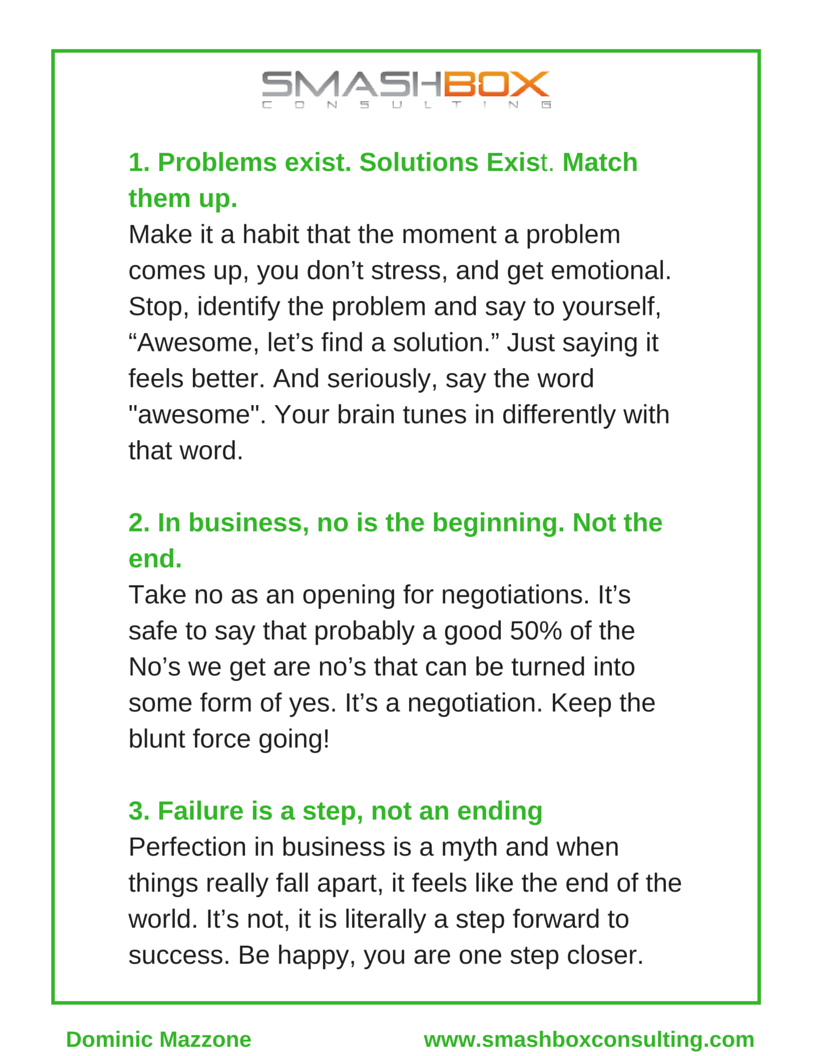