Cost Cutting Through Digitization: The 2016 Anthem

If you think this is just another year with your standard corporate cost cutting initiatives, you’re looking at it from the wrong angle. 2015 saw US markets having their worst year since the financial crisis and with that, 70% of investors lost money according to Openfolio. Business leaders are tasked with returning shareholder value and if you can’t grow, you cut. This is where cost cutting through digitization is going to take center stage in companies both big and small.

Cost cutting through digitization sounds like yesterday’s story, but that story is now being forced into reality today. The low hanging fruit of digitization for many companies is marketing, but that sells digitization short. It’s not that digitization of marketing efforts through things like marketing automation, digital marketing or E-commerce aren’t effective at driving revenue and cutting costs, but it is just one 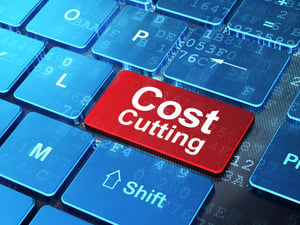 Customer Care: A No Brainer That Everyone Forgets

As an example, McKinsey did a survey focused on cost cutting through digitization of customer care. Not only did they find that one respondent from a large mobile operator reduced their overall call centre volume by 20% in only eight months thus reducing cost significantly, but they raised their Net Promoter Score (NPS). NPS is important as it is a leading indicator of growth. In addition they also found that the respondents that started and ended their overall service journey through digital channels reported that their satisfaction was 19 percentage points higher than the customers that went through traditional means.

Some of you might be thinking that this doesn’t apply to you because you are a B2B company. A well-known Google supported survey quotes that 57% of B2B respondents do not contact suppliers until their purchase process is complete. In addition, According to the 2014 State of B2B Procurement study from the Acquity Group, 94 percent of business buyers do some form of online research for purchase decisions.

Just because you're emailing your colleagues instead of writing out internal memos, it doesn’t mean you have digitized your internal communications. Getting bombarded by email from three people for the same thing is not only annoying, but kills your productivity. Newsflash: Email is not digitized internal communications. Digitized communications need to be real time, socialized, and effective. Many companies are starting to realize the overall benefits of a socialized internal communications system for teams on the same premise as well as remotely. Gone are the days of emails getting pushed around and massive version control issues on documents. Off the shelf cloud based systems like Asana, Google Docs and project management software like Basecamp and GitLab are taking these disparate communications and bringing them together in one easy to use system. If you aren’t using these, you just found an easy productivity gain and a way to cut costs.

The hardest thing about cost cutting initiatives is the people that suffer. The ones that have to do the laying off, the ones getting laid off and the ones left behind to pick up the pieces. Responsible leaders don’t cut staff in a vacuum, they plan for the aftermath. Great leaders substitute as much cost cutting as possible with revenue generating instead. The trick here is how do you do it, without incurring more costs.

If you take a portion of the cost centre productivity that can be replaced by digital and direct that productivity into profit centre activities, you don’t just cut costs through digitization, you generate revenue.

These digitization ideas are a smudge on the surface that is just waiting to be scratched. They aren’t theoretical or hypothetical. They are real ideas being put into practice every day by enlightened companies and their leaders. They also don’t need to be initiated by cost cutting, but if you’re fighting a war to get digitization in your company, cost cutting is great reason. 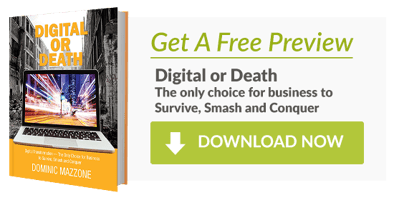 Make your 2016 all about cutting costs and generating more revenue through digitization. ? Download a free preview of Digital or Death and kickoff your Digital Transformation.